Are Turbulent Times Ahead for VMware Customers?

“With VMware, the big question is whether Broadcom will continue with the same trend of squeezing clients for licensing dollars at a time of rising global inflation?”

In one of the largest tech deals in history, semiconductor giant Broadcom recently inked a deal to acquire cloud software company VMware. The surprise acquisition has left industry analysts and VMware customers concerned over the negative impact that this could have on costs, innovation, and support.

Based on Broadcom’s track record with other acquisitions, namely CA and Symantec, in which both companies emerged with lower profiles, slower innovation, and higher prices, Analysts and industry watchers are concerned that VMware could suffer the same fate.

According to Forrester analysts, “Following these purchases, CA and Symantec customers saw massive price hikes, worsening support, and stalled development. Symantec redirected its focus to its biggest resellers and customers. The company largely abandoned its customer base of 100,000 to prioritize its top 2,000. With VMware, the big question is whether Broadcom can leverage a massive enterprise software portfolio and customer base to build a competent modern solution that extends from mainframe to edge. Or does it continue with the same trend of squeezing clients for licensing dollars at a time of rising global inflation?” [1]

Patrick Moorhead of Moor Insights and Strategy shares Forrester’s analyst’s concerns over VMware customers’ potential future challenges. “Broadcom has a reputation for acquiring a company, increasing prices, lowering research investment and OPEX spending to 1% of revenue, [and] causing consternation amongst its customers. Switching costs are high and the time to switch is long, essentially locking in customers.” [2]

Bola Rotibi, research director for CCS Insight’s Software Development practice, adds that acquiring VMware won’t immediately turn Broadcom into a software company. “This has significant integration risk and Broadcom must prove that it can integrate a silicon, software, and services story.” [3]

In response to the news of the acquisition, insiders have also shared alarming insights. Brian Madden, a former VMware technologist who voluntarily left the IT industry in early 2022, warns readers in a recent opinion piece that VMware as we know it will no longer exist. “Broadcom will shred VMware. Many of the products will remain, but the company we know today is toast. The VMware leadership is aware of this. While publicly they toe the party line, you can see it in little ways, like how the announcement on vmware.com is posted. The announcement itself isn’t on VMware paper, and rather than the typical branded corporate rah rah, it’s just an unbranded PDF. It screams “We’re sorry. This is not our fault!” [4]

Furthermore, Broadcom partners have alleged that the company uses price hikes to discourage customers it does not want[5]. Although at first glance this may seem to be a diatribe from a handful of disenchanted partners, Broadcom’s go-to-market strategy clearly shows that it plans to ignore most VMware customers and focus solely on 600 strategic accounts. The money saved from cutting development, sales, and marketing to lower-earning accounts will be invested in researching ways to better serve the top 600.

“Broadcom’s stated strategy is very simple: focus on 600 customers who will struggle to change suppliers, reap vastly lower sales and marketing costs by focusing on that small pool, and trim R&D by not thinking about the needs of other customers – who can be let go, if necessary, without much harm to the bottom line.”

In a November 2021 Investor Day, Broadcom President, Tom Krause, presented the below graphic and said, “We are totally focused on the priorities of these 600 strategic accounts.” [6] Krause told investors that Broadcom will target these 600 customers – the top three tiers of the pyramid – because they are “Often in highly regulated industries, therefore risk-averse, and unlikely to change suppliers.” [7] Krause went on to say that these top-tier targets have “A lot of heterogeneity and complexity” in their IT departments. Which to Krause indicates that IT budgets are high and increasing quickly. Such organizations do use public clouds, he said, but can’t go all-in on cloud and therefore operate hybrid clouds. Krause predicted they will do so “For a long time to come.” [8]

To further keep customers ensnared in the VMware web, Broadcom plans to stop selling perpetual licenses and sell more, and longer, subscriptions. Doing so creates what he called “quality revenue” that’s better than the revenue from maintenance deals. [9]

Chairman of the VMware board, Michael Dell, has tried to allay fears by positioning the acquisition as a vehicle for better customer service. Like Krause, though, he has specific customers in mind. In a recent statement regarding the acquisition, Dell said, “Together with Broadcom, VMware will be even better positioned to deliver valuable, innovative solutions to even more of the world’s largest enterprises.” [10]

Notice how the focus is on the world’s largest enterprises? Customers that generate the most annual recurring revenue. What does this mean for VMware’s thousands of small business and higher ed customers? Are they no longer worthy of receiving innovations in the services they rely on for daily operations or the attention they need when an issue arises?

Since its founding in 2014, Apporto has been driven to deliver next-generation technology that can be enjoyed anywhere by everyone. Employee-owned Apporto puts customers, not shareholders, first. At Apporto, our tight-knit team of collaborators treats every customer as a strategic partner. This customer-first approach is one of the reasons why we have a 98% customer retention rate.

We pride ourselves on bringing equity and inclusion to all by enabling users to virtually access desktops and applications anywhere, at any time, on any device. Enjoyed by 200+ customers and 1.9 million users, we have been a trusted solution provider for higher education institutions and enterprises for almost a decade.

Explore our interactive demo today to see how you too can optimize efficiencies and maximize savings, all at 50-70% less than the cost of traditional VDI solutions. If you like what you see, (and we know you will), you can take advantage of a limited-time offer for a complimentary migration from VMware to Apporto’s powerful solutions and dependable service. Don’t leave your digital foundation in limbo, contact us today.

Considering a move from VMware? Now is the best time to partner with Apporto. For a limited time only, we’re waiving migration costs.
Get Stared

[4] Madden, B. (2022, May 26). Brian Madden’s brutal and unfiltered thoughts on the Broadcom / VMware deal. LinkedIn. https://www.linkedin.com/pulse/brian-maddens-brutal-unfiltered-thoughts-broadcom-vmware-brian-madden/

[5] Sharwood, S. (2022, May 31). VMware customers have watched Broadcom’s acquisitions and don’t like what they see. The Register. https://www.theregister.com/2022/05/31/vmware_broadcom_acquisition_customer_reaction/

[10] Bernard, A. (2022, May 27). Broadcom, VMware deal good for investors but customers may suffer. TechRepublic. https://www.techrepublic.com/article/broadcom-vmware-deal-good-for-investors-but-customers-may-suffer/ 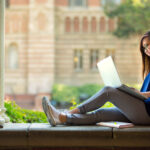 Virtual Computer Labs Are Here to Stay: Why This is Good News for Students

What is Zero Trust? 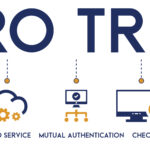